Dr. Rich Holl retiring from HCTC after 26 years of teaching 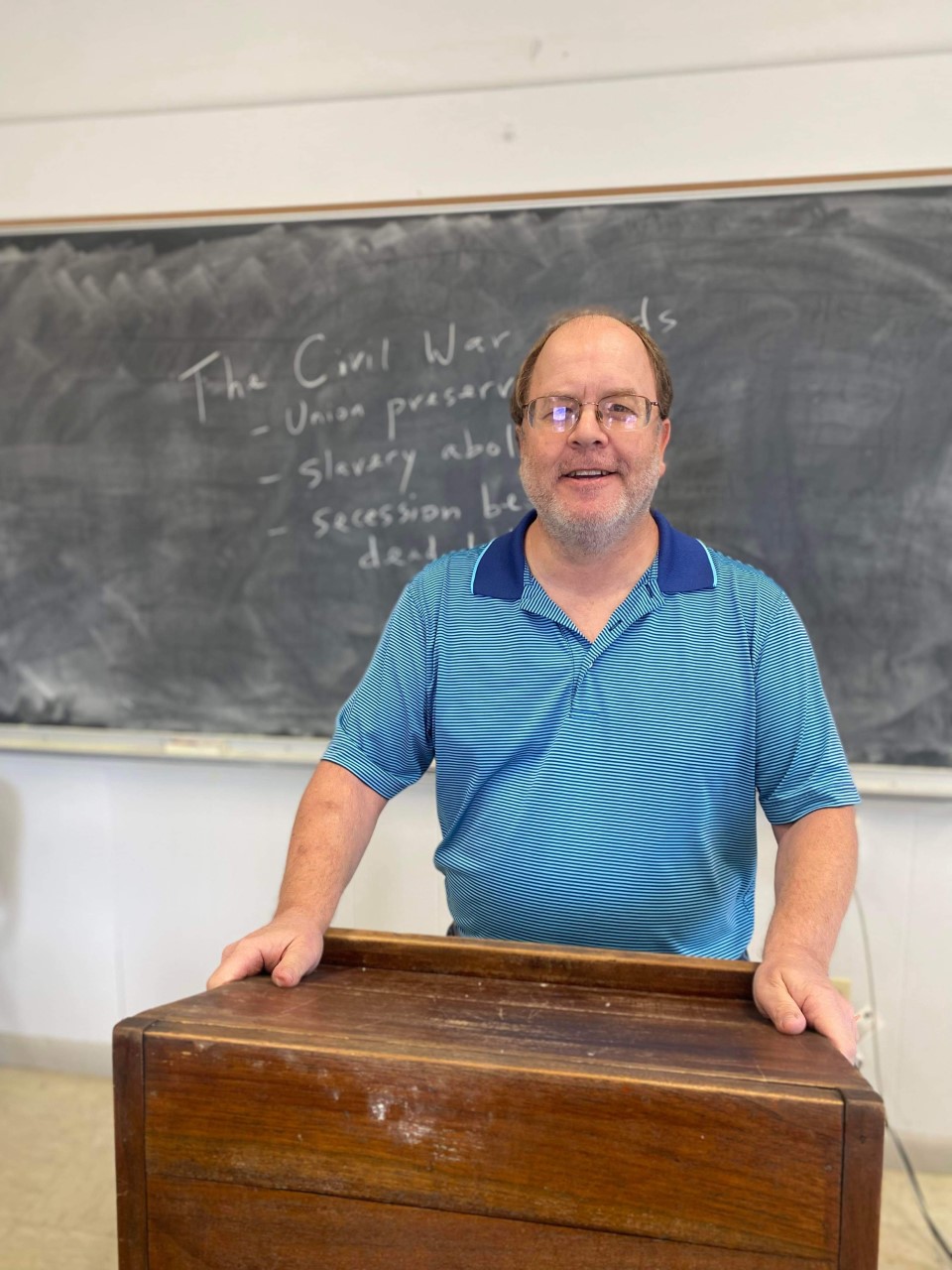 Dr. Rich Holl feels the time he’s been teaching has flown by so quickly, he can hardly believe it is now ending. “I found my dream job when I started teaching,” noted the history professor at Hazard Community and Technical College, who is retiring after 26 years.

Like many people, Holl did not know what he wanted to do when he got to college. He drifted into an economics major at the University of Maryland, earning a bachelor's degree in 1983.  While in college, he worked as a teller at a bank and just after graduating, he held a position as an assistant manager at an office supply store. “I found the first job boring and the second job distasteful, in large part because I was caught between employees who wanted days off and bosses who cared for nothing but profits.  You could not satisfy either group,” he remembered.

He ended up going back to Maryland where he earned a master's degree in History.  “As a teaching assistant there, I discovered my true calling and I've been a teacher ever since.”

Holl started full-time work as an assistant professor at Lees College in 1990.  At that point, Lees was an independent, church-related two-year school.  In 1996, Lees merged with Hazard Community and Technical College. “Over time, I became an associate professor and then a professor. More importantly, I worked with many teachers and students who gave true meaning to my labors.  Seeing students’ progress in my history and economics classes warmed my heart,” he said.

Along the way, he authored a number of books and articles, including the book Committed to Victory: The Kentucky Home Front during World War II and an article on Axis prisoners of war in Kentucky. He also co-authored Place of Hope, Place of Progress: A History of Lees College.

Holl remembers the Moving Wall, a half-scale replica of the Vietnam War Memorial in Washington, D.C., coming to the Lees College Campus. “I witnessed one man at the wall staring at a name, then silently weeping. Other men and women took in the names and stood there in quiet contemplation, walking slowly away after many minutes had passed.”

Other memories include Jeff Clair, Lees College Campus Student Government Association President, raising money by bringing in a professional wrestling group. Joe Rowe played the electric guitar at a Lees College basketball game. “My favorite student, Shane Whittaker, helped me avoid kissing a pig by stuffing a lot of money in Professor Art Mielke's jar just a minute before the contest ended.  Shane is now a vet in Chattanooga, Tennessee.  So many good memories to take into retirement!”

Holl is not finished with the intellectual life, though his time at HCTC is ending this December. He plans on finishing an article on Bryce Cundiff, a Breathitt County politician who cast the deciding vote in 1922 to block a ban on the teaching of evolution in Kentucky's public schools from going into effect.  “I want to write some fiction, noir stuff including an article I've almost finished called "Two Bullets for Four Eyes." I have a couple of novels in mind. These projects, however, will be completed at my own pace and I intend to do plenty of fishing and golfing. You might also find me at University of Kentucky football and basketball games.”

Holl has been married to Joalyce Hill for over a quarter-century and the couple has a daughter, Haylie. The family resides in Mt. Sterling.